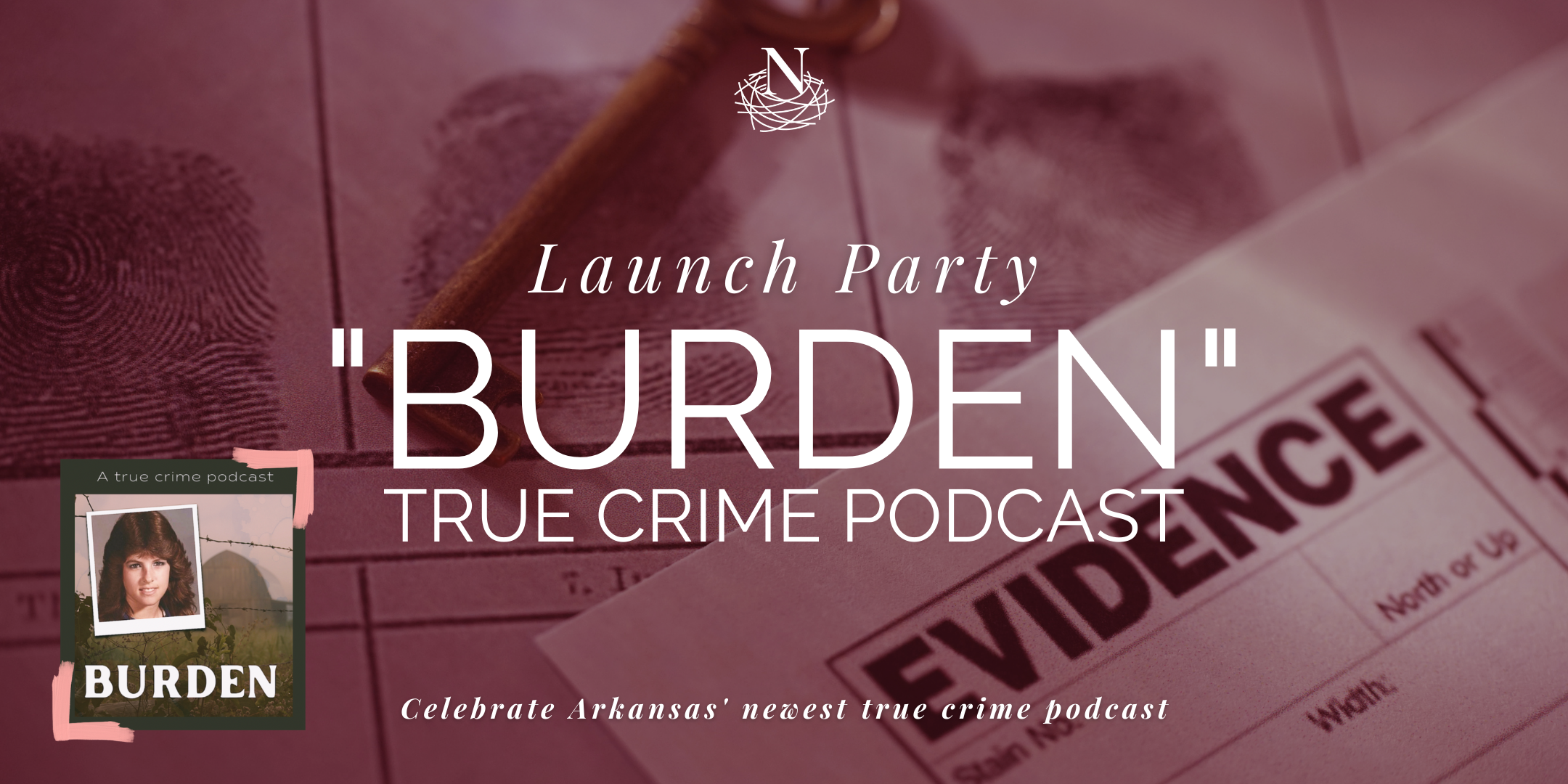 MEMBERS AND NON-MEMBERS: Cozy up at The Nest in downtown Little Rock to get a first listen of Arkansas’s newest true crime podcast, Burden. During the launch party, we’ll share portions of the premiere episode, discuss what’s coming up on season one, and share some of the other stories we’re working on.

The first season examines the suspicious death of a young mother named Billie Jean Letterman outside of Texarkana, Arkansas in 1991. The story covers Billie’s tragic death, an investigation that went terribly wrong, and a family left with many hard questions. Billie’s daughter Ashly, who is featured on the podcast, will be the featured guest.

Stay tuned for more details on other happenings at the launch party as we get closer! Registration is required, but tickets are free. Register now before space fills up! Attendees will get a link to listen to the first episode before anyone else. Burden is hosted by attorney Stephanie Harris and journalist Karen Tricot Steward. It is produced by Power of Pod, a podcast production and marketing company based in Arkansas.